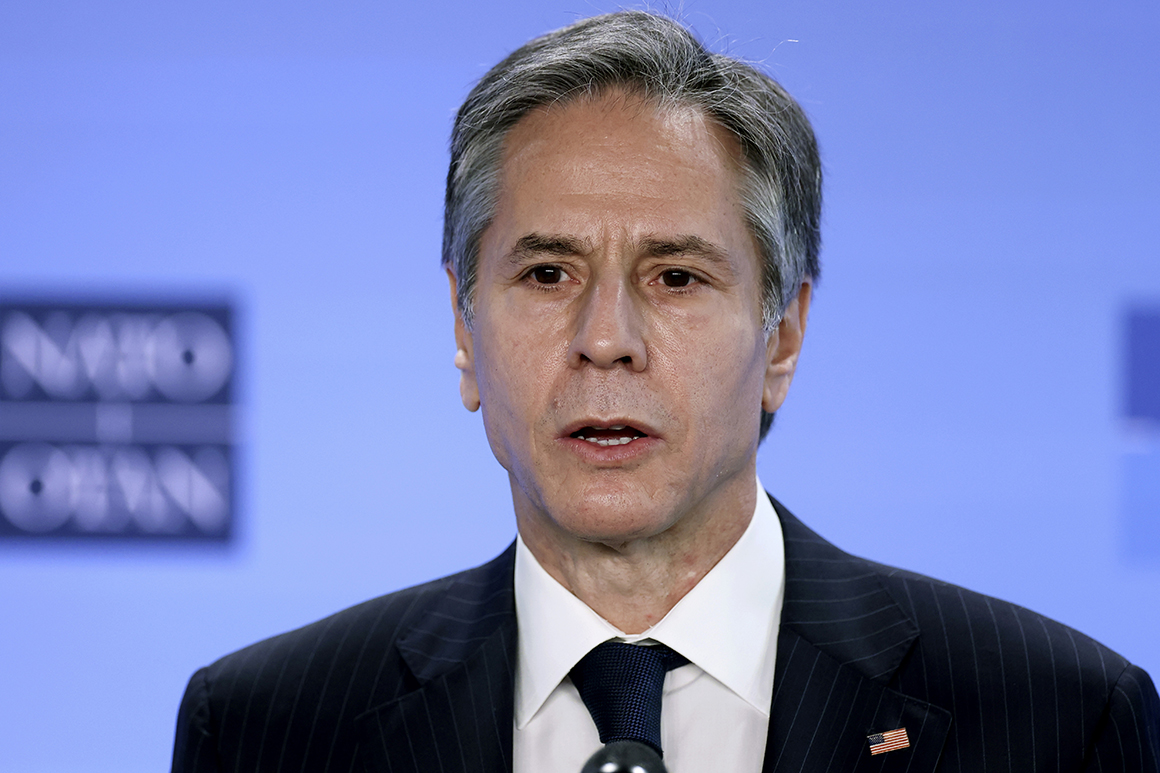 “Al Qaeda has been significantly degraded. Its capacity to conduct an attack against the United States now from Afghanistan is not there,” he added. “And of course, Osama bin Laden was brought to justice 10 years ago.”

Biden announced Wednesday that the several thousand U.S. troops in Afghanistan will leave by Sept. 11, the 20th anniversary of the terrorist attack. A previous agreement struck with the Taliban by the Trump administration set the withdrawal date at May 1, but that deadline was seen as logistically unrealistic for removing all U.S. troops.

In electing to remove all troops, Biden overrode military leaders who argued for keeping a U.S. presence on the ground.

The decision has been criticized by some former officials, including former CIA director and former commander of U.S. forces in Afghanistan Gen. David Petraeus, who argued the move would destabilize the Afghan government and allow terrorist groups such as al Qaeda and the Islamic State to regroup.

But Blinken said the decision was the result of “a very deliberate and fully informed process” and argued the threats to the U.S. have shifted in the two decades since war began. The U.S. also has “the means to see if there is a resurgence, a reemergence of a terrorist threat from Afghanistan,” he said.

“The terrorism threat has moved to other places,” he added. “And we have other very important items on our agenda, including the relationship with China, including dealing with everything from climate change to Covid. And that’s where we have to focus our energy and resources.”